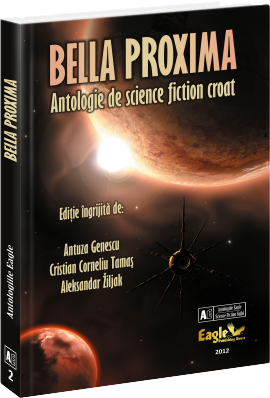 The Romanian SF&F society SRSFF had started a very ambitious and praiseworthy intercultural project on the European level – the exchange of texts, interviews, information and ideas between various European SF communities.
The first result of this project is the promotion of the Croatian Science Fiction through the trilingual anthology Bella Proxima (in Romanian, Croatian and English), which will be presented on Kontakt.
The presenters will be Romanian translators, editors and Croatian authors, presented in the book.


However the SRSFF society has even more to offer; we invite you to attend two more Romanian panels:

• European Intercultural Exchanges about their next intercultural project with the various european SF communities and their future plans.
• European Hard SF as a sub-genre within the European science fiction since Jules Verne. 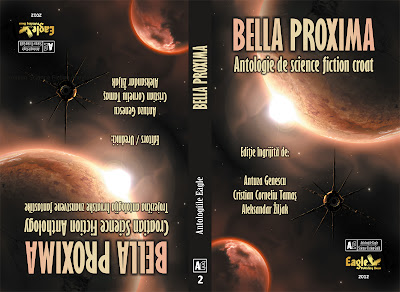 The Romanian SF&F society SRSFF had started a very ambitious and praiseworthy intercultural project on the European level – the exchange of texts, interviews, information and ideas between various European SF communities.
The result of the first project is the promotion of the Croatian Science Fiction through the trilingual anthology BELLA PROXIMA (in Romanian, Croatian and English), which will be presented on Kontakt.
The editors are: Antuza Genescu, Cristian Tamaș and Aleksandar Žiljak.
The stories were translated by: Cristian Tamaș, Antuza Genescu, Adina Barvinschi and Liviu Radu.
The publisher is Mugur Cornilă, Eagle Publishing House, Bucharest, Romania.
Cover: Dreamstime Agency. 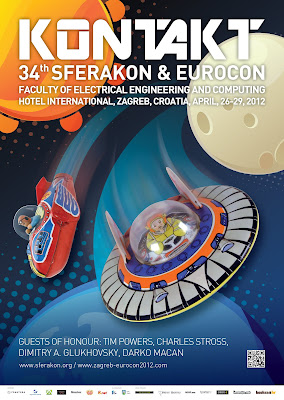 „The most wanted news on the Kontakt website (and FB), the official schedule, is finally here !

Hereby we we would like to emphasize the special topic of SFeraKon/Eurocon 2012:

All presentations, along with anything interesting that happens at the con itself will be published in an electronic format by Kontakt and made available free online for all fans of SF&F.

Besides Q & A’s, where our GoH-s Tim Powers, Darko Macan, Charles Stross and Dmitry Glukhovsky will present themselves, you can hear what they have to say at all sorts of different panels.

One of the most interesenting panels will definitely be Free On Line Fiction with Stross, Glukhovsky and Powers together as panelists.

Glukhovsky will also tell us something more on panels: European Hard SF and E- Publishing, while Stross and Powers will probably take the opposite sides on the panel Steampunk in Literature.


This year’s FAN GoH, Cheryl Morgan, 4 times Hugo award winner and a very active member of the international science fiction community will also participate in many panels as the romanian panel, INTERCULTURAL EXCHANGES.

As you can see we can expect a wide range of lectures, presentations, exhibitions, reading corner activities, panels and all sorts of entertainment.” „The Goals of the European Science Fiction Society are :

(a) to find ways and means of establishing contacts between the Science Fiction (SF) professionals and fans;
(b) to ensure better mutual knowledge of SF literature and arts and of fandom activity in the European countries;
(c) to propose the cognition of European SF in the rest of the world. 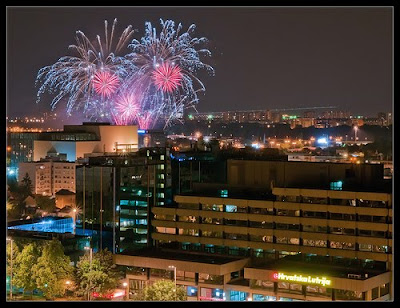 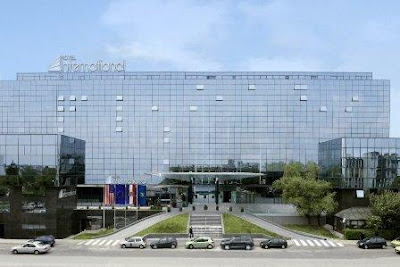 Societatea Romana de Science Fiction si Fantasy (SRSFF) held a contest awarding the winners with their anthology Pangaia.
To win, contestant had to answer correctly to all the questions that were connected with Eurocon 2012 host – Croatia. Besides the contest, they announced Kontakt, and gave their experiences with previous Eurocons, as well as a short history of this manifestation and how it all started – Yes, Romanian fandom is partly to blame for starting it all in the 70-ies ! Be sure to buy them a drink when you meet them at Kontakt ! ( :)) - nota mea)

You can check the article here, where you will also find stories of Croatian SF authors translated in Romanian.” 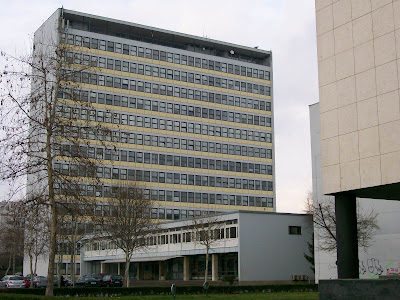 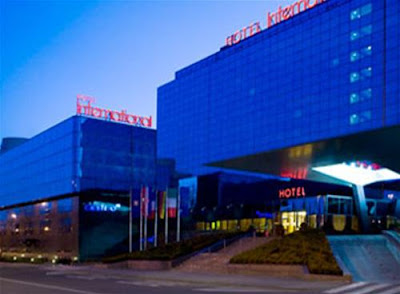 You can definitely expect varied programming with parallel programme tracks and at least one programme item in English at all times.

We have a lot of experience with organizing conventions. Zagreb’s SFeraKon convention, which we organize every year, is the longest-running and the biggest annual science fiction convention in Croatia and this part of Europe. The first SFeraKon was held in 1979, and Eurocon convention called Ballcon was held in Zagreb in 1986. Usually more than 800 participants and visitors from all over Croatia and the region roam the convention halls and we had guests of honour such as Frederik Pohl, Robert Silverberg, Guy Gavriel Kay, Lois McMaster Bujold, Michael Swanwick, Bruce Sterling etc. 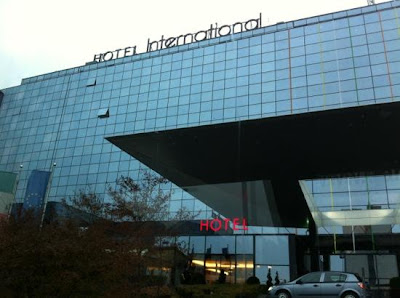 This is how we do it : The formal part

In an effort to raise the quality standards and popularize and encourage domestic SF production, the SFera Society has been awarding the annual SFERA Award since 1981. The SFERA Award is the only national award for the SF genre in Croatia and it is presented during the SFERA Award Ceremony, the central event of SFeraKon. This is when the awards for best literary and art submissions for children are presented as well.

This is how we do it : The informal part 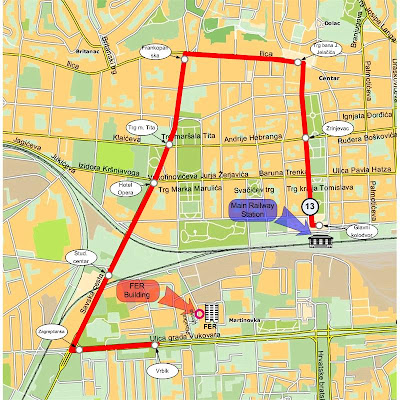