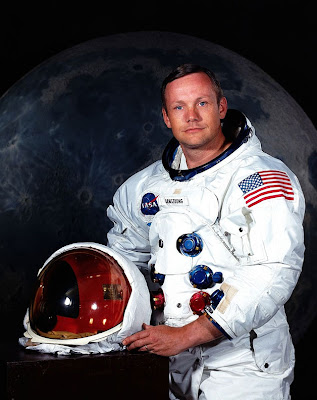 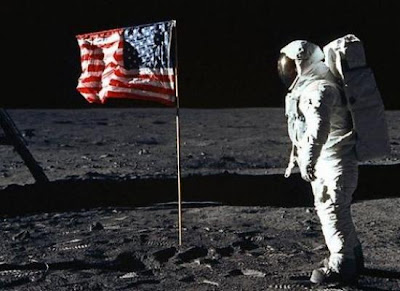 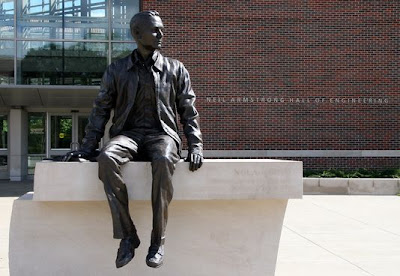 „A reluctant hero of all mankind.” 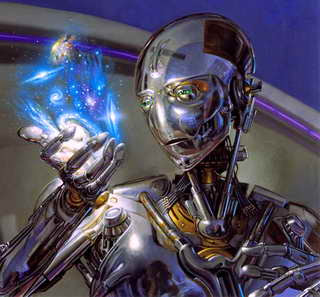 „Prepare to evolve. Singularity is near ! ” 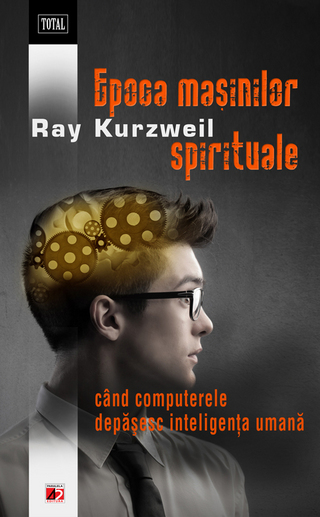 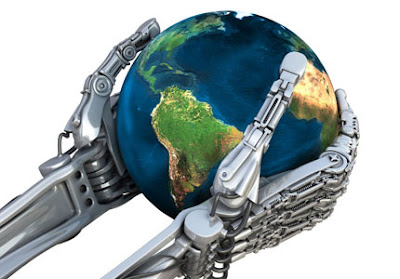 „In his 1988 book Mind Children, computer scientist and futurist Hans Moravec generalizes 's law to make predictions about the future of artificial life. Moravec outlines a timeline and a scenario in this regard, in that the robots will evolve into a new series of artificial species, starting around 2030-2040.
In Robot: Mere Machine to Transcendent Mind, published in 1998, Moravec further considers the implications of evolving robot intelligence, generalizing Moore's law to technologies predating the integrated circuit, and speculating about a coming "mind fire" of rapidly expanding superintelligence, similar to Vinge's ideas.” 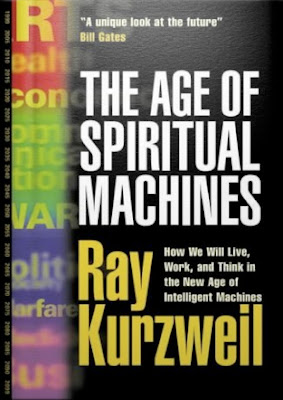 „In his 1999 book  Kurzweil proposed "The Law of Accelerating Returns", according to which the rate of change in a wide variety of evolutionary systems (including the growth of technologies) tends to increase exponentially. He gave further focus to this issue in a 2001 essay entitled "The Law of Accelerating Returns", which proposed an extension of Moore's Law
to a wide variety of technologies, and used this to argue in favor of Vernor Vinge's
concept of a technological singularity”. 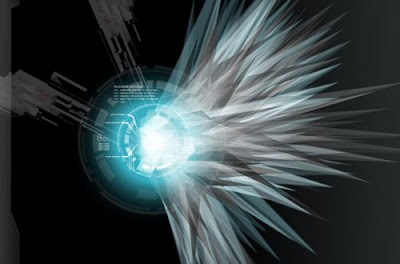 „Proponents of the singularity typically state that an "intelligence explosion” where superintelligences design successive generations of increasingly powerful minds, might occur very quickly and might not stop until the agent's cognitive abilities greatly surpass that of any human.” 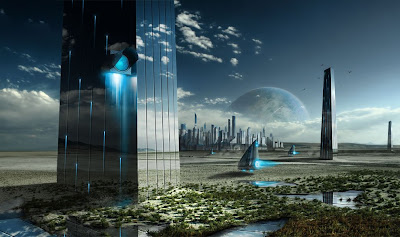 „The term technological singularity was coined by science fiction writer Vernor Vinge, who argues that artificial intelligence, human biological enhancement or brain-computer interfaces could be possible causes of the singularity. The specific term "singularity" as a description for a phenomenon of technological acceleration causing an eventual unpredictable outcome in society was used by mathematician and physicist Stanislaw Ulam as early as 1958, when he wrote of a conversation with John von Neumann concerning the "ever accelerating progress of technology and changes in the mode of human life, which gives the appearance of approaching some essential singularity in the history of the race beyond which human affairs, as we know them, could not continue.” 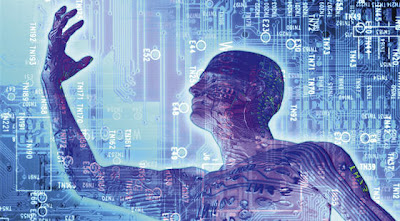 „Presumably, a technological singularity would lead to rapid development of a Kardashev Type I civilization, one that has achieved mastery of the resources of its home planet. Michio Kaku suggested that humans may attain Type I status in about 100–200 years, Type II status in a few thousand years, and Type III status in about 100,000 to a million years.” 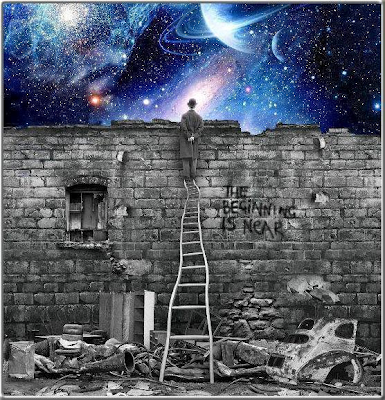 „We will soon create intelligences greater than our own. When this happens, human history will have reached a kind of singularity, an intellectual transition as impenetrable as the knotted space-time at the center of a black hole, and the world will pass far beyond our understanding. This singularity, I believe, already haunts a number of science-fiction writers. It makes realistic extrapolation to an interstellar future impossible. To write a story set more than a century hence, one needs a nuclear war in between ... so that the world remains intelligible.” - Vernor Vinge
Publicat de Sorin Camner la 18:37 Niciun comentariu: 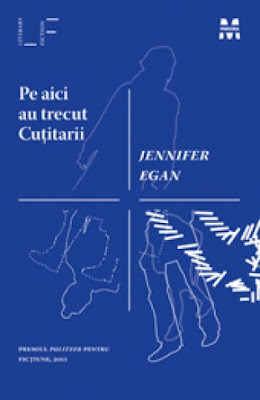 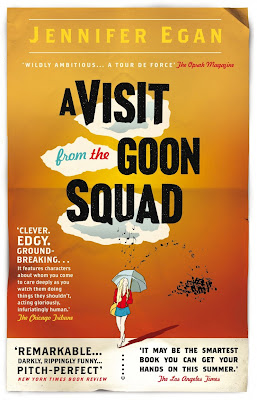 „ I love stories which start out in the present day, with a realistic setting, and then end up in the future, like Doris Lessing's Four-Gated City.” - Jennifer Egan


La începutul acestui an, Jennifer Egan a cîştigat cu acelaşi roman şi premiul National Book Critics Circle („Jennifer Egan, A Visit from the Goon Squad (Knopf), a novel at once experimental in form and crystal clear in the overlapping stories it delivers, offering us a sense of youth and what gets lost along the way, the story of an aging punk rocker turned music producer and a kleptomaniac written in a non-linear series of linked stories that continually layer character and thematic content into a cohesive narrative.”). 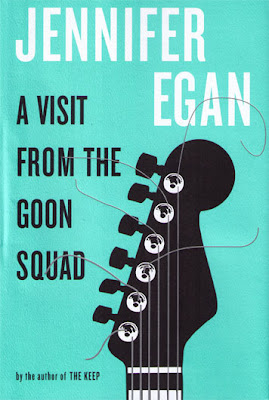 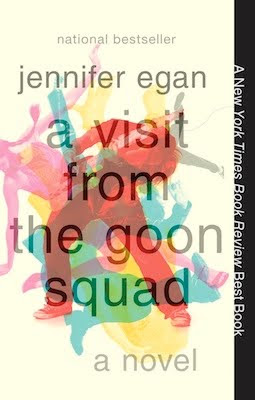 „Jennifer Egan is a refreshingly unclassifiable novelist; she deploys most of the arsenal developed by metafiction writers of the 1960’s and refined by more recent authors like William T. Vollmann and David Foster Wallace — but she can’t exactly be counted as one of them. The opening of her novel, “The Keep,” lays out a whole Escherian architecture, replete with metafictional trapdoors, pitfalls, infinitely receding reflections and trompe l’oeil effects, but what’s more immediately striking about this book is its unusually vivid and convincing realism.” - The New York Times 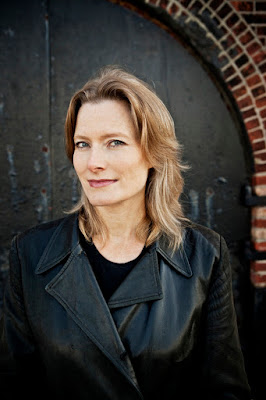 „Jennifer Egan is a super-thinky writer in quasi-disguise, a writer who alchemizes Big Ideas into works of emotional intensity and architectural intricacy, the result being sneaky books you can recommend to those friends and relatives who demand “recognizable” characters and thumping storylines, but whom you hope might find tantalizing, beneath these vibrant entertainments, the buzzing circuitry of Egan’s mighty brain.” - Time Magazine 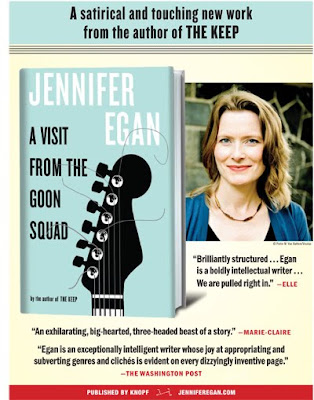 „Was reality the inside of my stepfather's Jaguar, where I sat with my little brother in the back seat during night rides home from downtown, Neil Diamond's Hot August Night playing on the tape deck? Or was it what I saw outside my window as we drove towards the Broadway Tunnel: hookers, strip clubs, addled sunburned hippies, spidery young people with chopped hair and ghostly skin who were clearly in extremis – orbed with a glow of duress even when they were laughing ?” - Jennifer Egan