"Lately I've been rereading his Profiles of the Future (An Inquiry into the Limits of the Possible), first published in 1962 – just five years after Sputnik II carried Laika the dog into orbit.
The sky really did seem the limit back then.
Within a dozen years humans were playing golf on the moon, nonchalantly asserting our mastery over the universe.
So vertiginous was the ascent from earth to the heavens that everyone assumed the road of scientific progress would continue ever upwards.
Seduced by the infinite potential of infinite space, we were sure that man would soon colonise the moon and the other planets.
The kitschy cartoon image of suburban families enjoying their vacation against the inky backdrop of space wasn't that far removed from popular expectations.
From there, it was a short step to hyper-drive transports, which would circumvent the restraints of light and time, and zoom intrepid souls beyond the solar system. The details were fuzzy, but we had faith and blind optimism.
Like an interstellar version of Manifest Destiny, the entire cosmos was there to be explored and commanded." - Darragh McManus 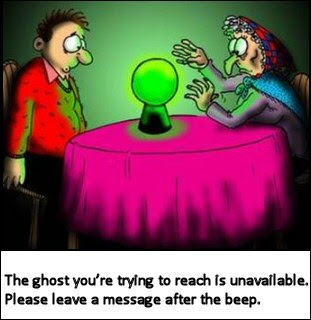 "Except it never happened.
Disappointingly, those golf trips to the moon turned out to be the final frontier. No galactic cruises, humanoid robots or self-aware artificial intelligence.
No immortality, nuclear-powered vehicles or close encounters with alien life-forms.
The future, alas – it's just not what it used to be.
We're so much more cynical now; we're indifferent towards space exploration and blasé about scientific wonders.
Even Clarke's famous Third Law, about advanced technology being indistinguishable from magic, is declared obsolete.
We don't dream about conquering the universe anymore; our ambitions are smaller, more prosaic, leaden-footed and bound to this planet, this realm of existence."